AN EVENING OF ECSTATIC CHANT WITH JAI UTTAL
with Daniel Paul, Dharma Dev Das and Bali
​& Dhanya Rico from The Mayapuris!

ECSTATIC CHANT CONCERT TICKETS
Jai Uttal is a Grammy nominated pioneer in the world music community. His eclectic east meets-west sound has put his music at the forefront of the world fusion movement. Jai Uttal’s musical roots embrace a rich variety of cultures and traditions that span the globe and the centuries. From the hillbilly music of the Appalachian Mountains to the passionate strains of Bengali street singers, from the haunting rhythms and melodies of ancient India to contemporary electric rock sounds, Jai’s music distills the essence of diverse musical forms.

2011 saw the release of two new albums, “Queen of Hearts” (Nutone), a unique mixture of reggae, ska, and samba rhythms, used as a backdrop for call and response, dance-oriented kirtan; as well as “Kirtan Kids” (Sounds True), the first record of its ?kind, created for families to sing, laugh, dance, and celebrate?life together through call-and-response singing. His latest recording, “Return to Shiva Station: Kailash Connection,” is a wholly new album re-envisioning his groundbreaking “Shiva Station,” bringing the listener closer to the music itself with unadorned, intimate arrangements that illuminate directly the spiritual heart of each composition.

Daniel Paul is a Fulbright Award winning tabla drummer, graduate of  the Ali Akbar College of Music  and a singing kirtan tabla virtuoso who for more than two decades has been the principle accompanist to Grammy nominee Jai Uttal as well as to all of today’s top kirtan singers, from the soft prayers of Snatam Kaur, Donna DeLory and Jaya Lakshmi to the rocking chants of Dave Stringer, CC White the Guru Ganesha Band and Krishna Das, Daniel has played with them all, and now often touring with Jai or Gina Salá  Daniel continues to introduce new audiences to Indian kirtan chanting, and the magic of the tabla drums!  He also teaches private tabla lessons at his home on Maui and in workshops offering simple kirtan drumming as well the basic fundamentals of indian music.


Balarama Tirtha – "Bali"
Bali’s mrdanga style is completely unique. Mixing contemporary beats with traditional classic rhythms Bali’s drum playing is mixed with a variety of influences that range from Carnatic South Indian mrdangam to Bengali folk drumming. Having grown up with his brother, Kish in the sacred village of Mayapur, India, Bali’s deep understanding of the nature of kirtan takes the experience to a higher level. Bali is also a conscious rapper who’s poetry inspires spiritual change. 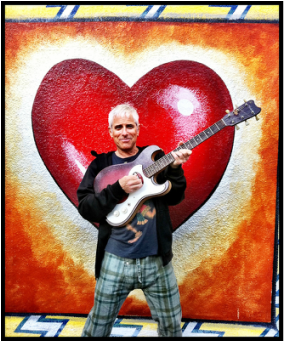 Embark on a vocal journey through the sacred sounds of ancient India.

Drawing from an unbroken tradition of Indian devotional singing, Jai Uttal will introduce and lead us in the ancient practice of “Kirtan” (or chanting), the heart of devotional yoga. This practice of calling to the divine creates a bridge between the individual and the eternal, opening the heart and welcoming the spirit. Sometimes soft and meditative and sometimes loud and wildly rhythmic, Kirtan takes the participant on a deep emotional and musical journey through our mostly unexplored inner world. With solo performance and call-and-response group chanting, Jai creates a space of invocation, prayer, and heartfelt expression.

Jai has been leading Kirtans worldwide for over thirty years. “These ancient chants,” writes Jai “contain a transformative power and healing energy. By singing these prayers we join a stream of consciousness and devotion that has been flowing for centuries.”